Three-card poker online allows players to successfully play against a gambling establishment without any skills.

Therefore, this is game for people, who only begin to study gambling. In the article, we’ll talk about the general rules and individual features of three-card poker.

General rules of the game

In an offline gambling hall, this type of poker can be simultaneously played by up to 6 players. Virtual varieties of the game allow one player to bet on 6 boxes at the same time ‑ from 1 to 6. 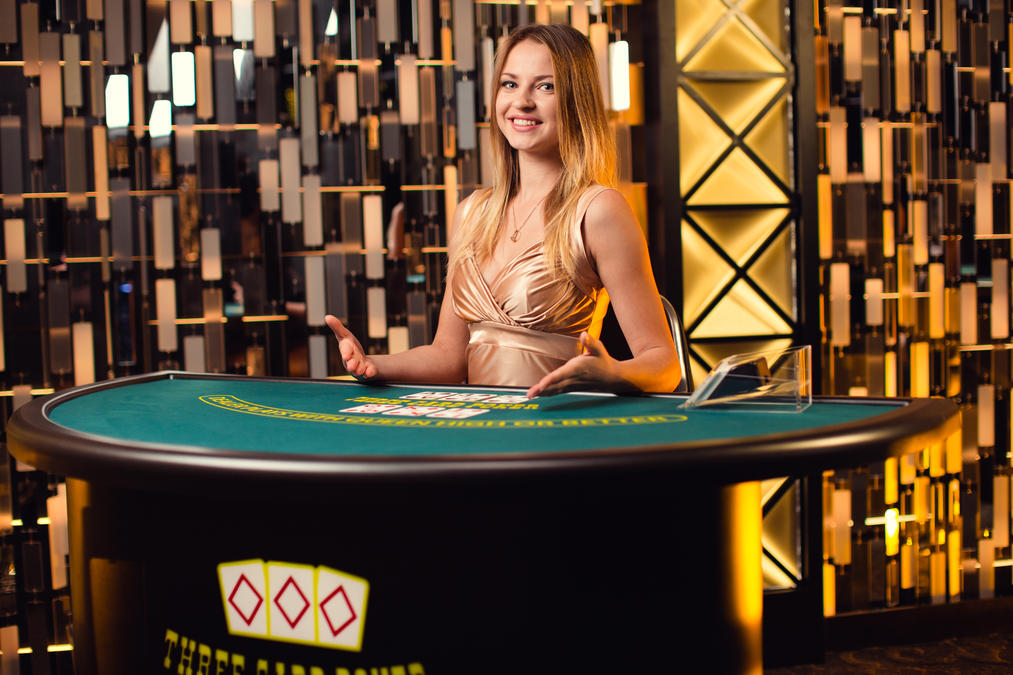 If you are alone at the table, you are allowed to play in the open on all sectors simultaneously, making different bets each of them.

Let’s take a closer look at the game on one box. Having thoroughly figured out the intricacies and nuances of this type of poker, you’ll be able to play on several boxes at the same time in any virtual gambling club of your choice.

Playing on a single box

At the first hand, the croupier deals 3 cards to himself and to the player. Unlike the five-card poker, the croupier doesn’t have to open his top card. In three-card poker online, you can’t exchange or buy cards. 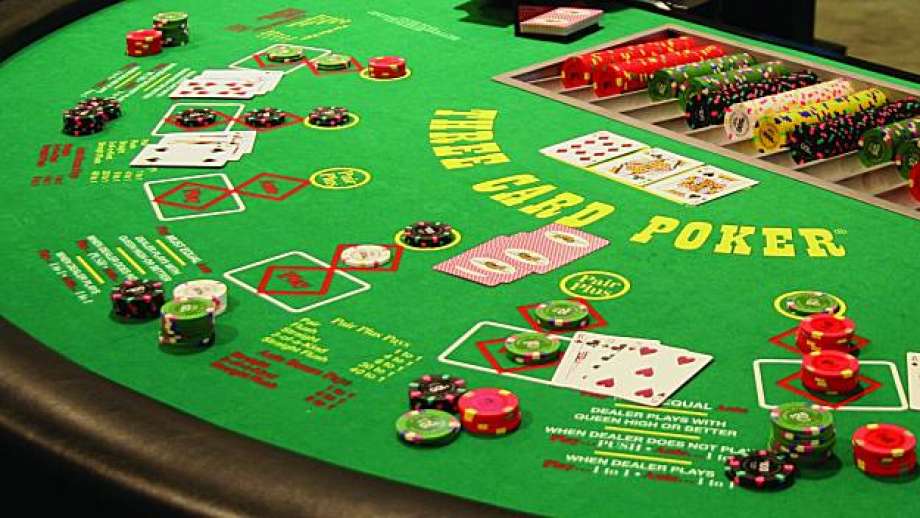 In this form of poker, there is no Royal Flush combination. The combinations are listed in the order of increasing their value.

Beginning of the game

Starting the three-card poker online game, you should place the selected chip on the Ante box.

Ante is the first bet for starting this type of poker.

However, this version of Poker has also an additional type of bets, called Ante Bonus. This bet gives an additional win, when the player gets the following combinations:

The bonus bet must also be made before the first hand, similar to Ante. It also gives an extra pay to other combinations, such as a pair. This situation is called the Pair Plus. It will be paid, if a player receives a pair or a higher combination.

In UK online casinos, the Pair Plus is paid as follows: 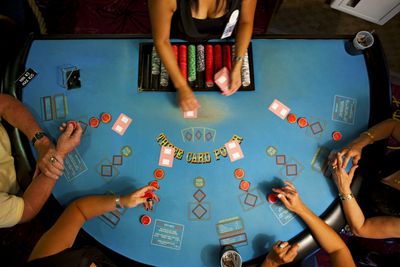 After receiving cards from the dealer, the player evaluates them and decides what to do. He can either throw away or make a Bet. After that, the dealer opens his cards. In this variation of poker, Bet is equal to Ante.

After that, the dealer compares all the combinations according to the list mentioned above. If the dealer’s cards are higher, he takes away the bets of the player. If they are lower, the player receives his winnings.

Below you will find an example of a round of this poker variety with all three types of bets.

Derek Webb invented three card poker at the end of the 20th century. He wanted to combine the high speed of traditional games with the intrigue and thrill of poker. In addition, he sought to create a version of poker with simple rules that are understandable to any newcomer. Thus, three important features were brought together in this version of the card game. 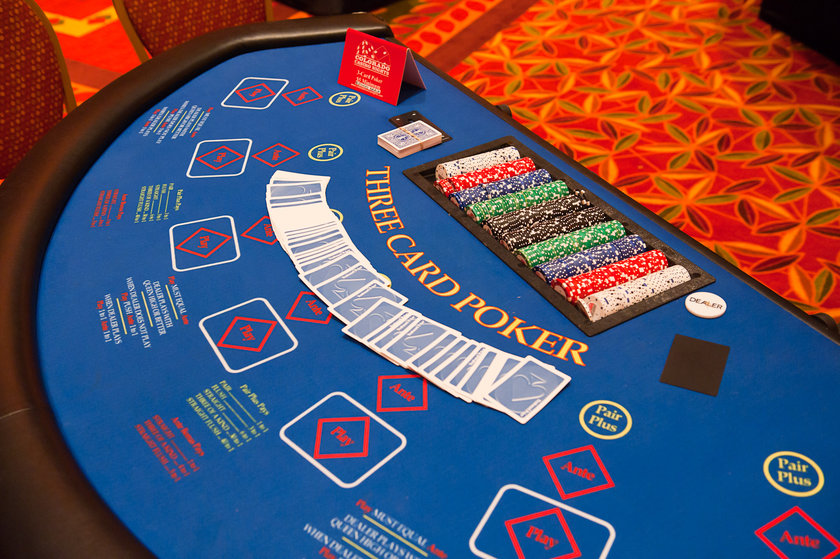 This made the game incredibly popular among players and appealing for gambling establishments. At first, this variant of poker has gained popularity in America, and at the beginning of the twenty-first century, it arrived in the United Kingdom. It was the Snuffle Masters company that introduced the UK inhabitants to this version.

This version of poker has come to gambling establishments as licensed entertainment, created specifically for casinos. However, it has instantly gained incredible popularity, and some gambling clubs offer it to their guests under other names, as they don’t want to pay royalties.

The 3-card poker is played with one deck of 52 cards. If you properly understand the rules, you will see that the game consists of two parts.

The first part of the game can be conditionally called Pair Plus. It allows you to bet on getting a pair or a higher combination in the hand. The second part can be called Ante and Play. This allows you to bet against the dealer. The winner is determined by the rank of the handed card combinations.

In some virtual clubs in the United Kingdom, a player can bet on any of these games, while in other gambling establishments, it is first necessary to place a bet on the Ante, and only then you will be able to bet on the Pair Plus.

An example of the game 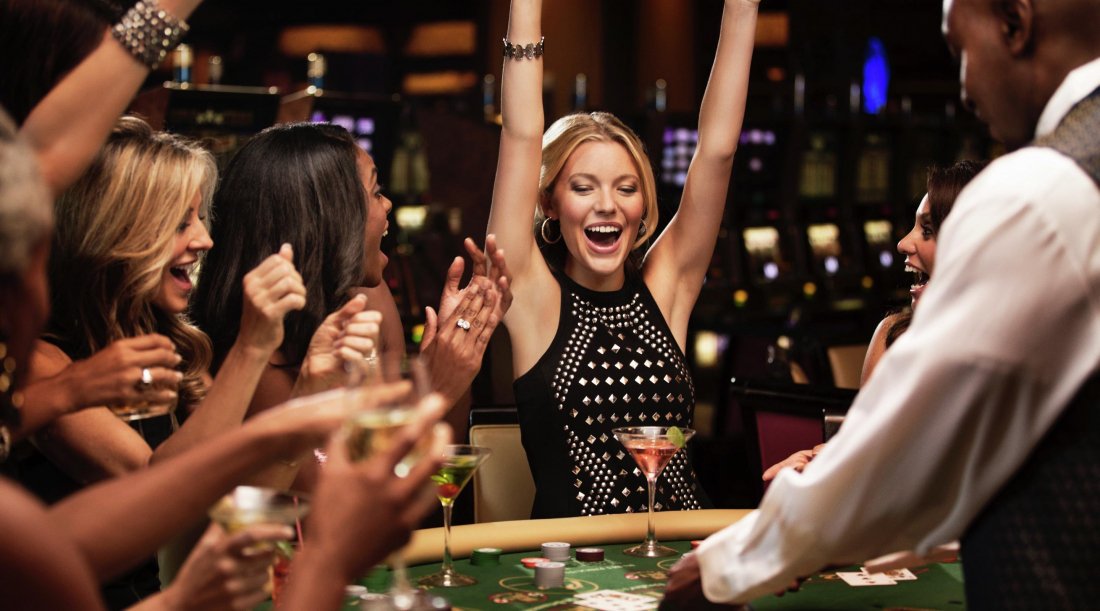 First, we make an Ante bet of 5 pounds. Then, a Pair Plus of 5 pounds. According to the rules, this bet must be equal to Ante.

The croupier deals the cards, we evaluate them and place a bet of 5 pounds.

After that, the dealer opens his cards and looks at which of the bets has won.

In this version of the poker, exchange of cards is not available. So, the croupier knows for sure that you have received your prize combination from the first hand. This means that he will pay for the Pair Plus.

The remaining payments depend on the ranking of your card combination.

After the player makes a bet on the Pair Plus, the casino employee deals the cards and evaluates them. If the combination is not less than a pair, the player receives a bonus, and his cards leave the game.

If the player has less than a pair, he loses his bet. The dealer takes it to the casino bank and starts a new round. After a new hand, the player doesn’t have to make additional ANTE and BET bets. 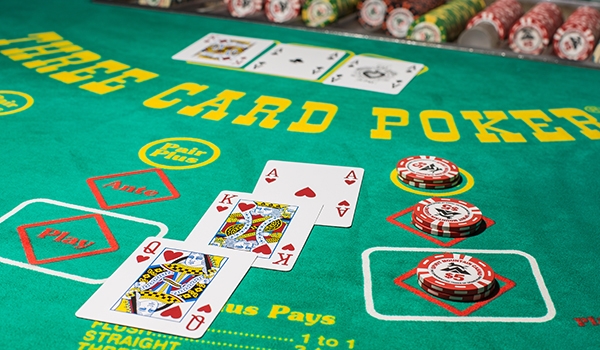 Online poker is a completely independent and honest game because your opponent is a virtual dealer. If you choose to play with a live dealer on the live page, you can monitor his actions using a webcam.

New players have the opportunity to test their abilities and to learn the rules of the game in free mode. When you are going to switch to the game for real money, pay attention to the limits for betting. Some gambling establishments in the UK have different limits in different halls.

This simple and popular game will help you relax, get a boost of adrenaline and have a good time. All additional information is available at live-croupier.org.