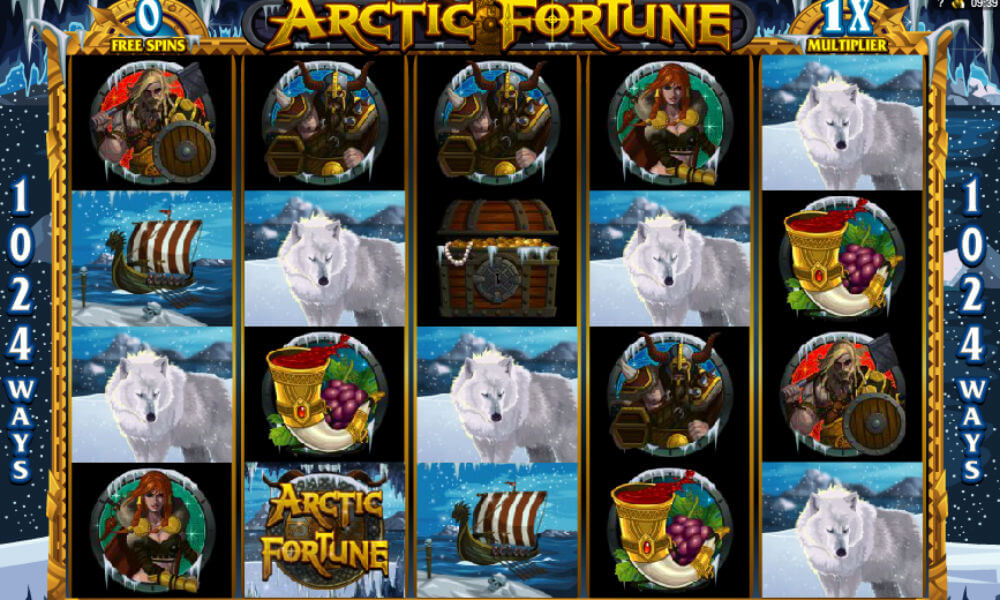 Under the guidance of harsh and courageous Vikings, you will visit numerous distant lands with lots of hidden treasures.

After launching the slot, players go to seek adventure along with the noble Vikings, who have long forgotten what “normal” life means. The company Microgaming, which created the device, is very well known in the market of online slots. As usual, they took the proper approach, filling the emulator with their own style and soul.

Literally everything in this slot is saturated with the spirit of courageous Vikings, who plow the expanses of the northern seas on their ships. The player will plunge into the cold ocean water and come to the aid of the brave northerners. Together with them, you will search for large treasures and increase your wealth.

Now let’s talk about the technical content of the slot, which has a fairly standard form:

It seems that the playing field of the Arctic Fortune slot machine literally makes the air colder. Therefore, we can safely describe the level of the simulator’s design as the highest. When creating prize combinations, all symbols come to life and turn into a bright animation sculpture, increasing the festive mood.

The background of the game strongly resembles the palace of the Snow Queen from a fairy tale. The gambler should not be afraid of the dangers that lie ahead of him, as well as the terrible frosts. Only in this case, the courageous Vikings will unconditionally accept him into their fleet.

During the voyage, any user can choose one or more paths from the suggested 1024 options. This figure is equivalent to the number of prize combinations in the gaming machine.

Each column of the slot consists of four thematic images instead of the usual three. As a background music, a dynamic melody is used, reminding that this place is very dangerous. This creates an imposing atmosphere, so even a free version of the slot machine is very exciting.

However, you shouldn’t hurry. Any adventure requires appropriate preparation, so you need to carefully learn the interface of the Arctic Fortune slot machine before taking the first steps in the Arctic land.

A distinctive feature of the Arctic Fortune slot machine is that there are no card symbols. All represented icons carry a certain thematic load:

The best part of the game is the bonus round, which starts after collecting a combination of the scatter symbols. At this point, the game panel will be filled with spiders coming down from above. Your task will be to accurately shoot them. Each black spider you shoot brings free spins, and the red one will reward you with higher multipliers.

After that, the most terrible event of the game will begin. This is a fight with the most powerful spider, ready to protect its younger brothers. If the courageous player, who has already deserved the title of professional of the Arctic Fortune slot machine, wins in this round, the prize will be truly enormous.